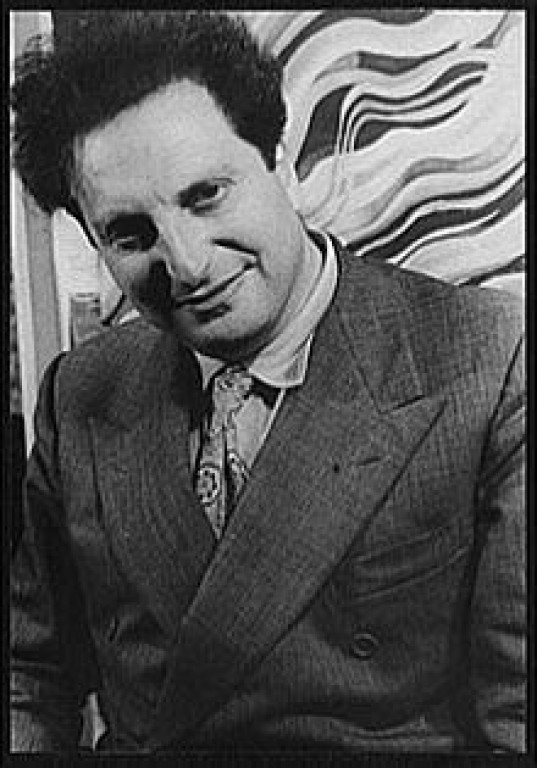 Carlo Levi was born in Turin on November 29, 1902, the son of Ercole Levi and Annetta Treves, sister of the socialist leader Claudio. He studied at the Alfieri high school in Turin, attended in those same years by Leone Ginzburg, Massimo Mila, Giulio Einaudi, Giaime Pintor and Cesare Pavese. He then studied medicine, graduating in 1924. In the same year he became assistant to Professor Micheli at the Medical Clinic of the University of Turin and in the following years he conducted experimental work on hepatopathies and biliary tract diseases. In 1918 he met Piero Gobetti and from 1922 he collaborated with his magazine "La Rivolazione Liberale"; since this date his relations with the whole Turin anti-fascist area have been intense. In 1924-25 he did military service in Monteoliveto, near Florence, then at Moncenisio; in Florence he frequented the Rosselli brothers. In 1929 the Giustizia e Libertà group was set up in Paris (among the founders, the Rosselli brothers, Emilio Lussu, Gaetano Salvemini, Ernesto Rossi); Levi became an important exponent of it in Turin, participating in 1931 in the drafting of the revolutionary program of Justice and Freedom. He collaborates with some articles, in the years immediately following, in the "Quaderni di Giustizia e Libertà" and transforms his frequent trips to Paris as painter in risky contacts with anti-fascist exiles. At the same time he became interested in painting and exhibited for the first time in 1923, as part of the Turin Quadriennale; in the same year he meets Felice Casorati, through Gobetti, and since 1924 he regularly participates in the Venice Biennale. In 1925 he began his frequent stays in Paris, where he sometimes stopped for a long time to paint. In 1929 he exhibited with the group of the «Six of Turin» - supported by Persico and the art historian and critic Lionello Venturi - in Turin, Genoa and Milan; the following year the Bloomsbury Gallery in London hosts an exhibition by Levi, Enrico Paulucci and Francesco Menzio, revived in Rome in 1931 by the Galleria di Roma. He is present at the I Quadriennale di Roma in 1931 and at a group exhibition of Italian art in Syracuse, New York. In the same year he met Guttuso in Rome and, with Enrico Paulucci, he also began to take an interest in scenography and screenplay for the film company Cines. From 1932 to 1934 he is almost exclusively in Paris. His first Parisian solo show was organized in 1932 by the Jeune Europe Gallery, followed the following year by the solo show at the Bonjean Gallery, also in Paris. Arrested in March 1934 for his links with Justice and Freedom, he was released in May, undergoing a two-year reprimand. The invitation to exhibit at the Venice Biennale of the same year was revoked following the arrest, despite a letter to the Biennale of solidarity, signed by important French artists, including Léger, Chagall, Derain. On 15 May 1935 he was arrested for the second time and sentenced to three years of police confinement in Lucania, first in Grassano, then in Aliano. In May 1936, on the occasion of the proclamation of the Empire, his release from confinement was ordered. In November 1936 the Galleria del Milione in Milan organized a personal exhibition of his with works made in Lucania; the exhibition moves in December to Genoa, at the Galleria Genova. In May 1937 many Lucanian works are presented again in a solo show at the Galleria della Cometa in Rome, which at the end of the year includes Levi in ​​the collective Anthology of Contemporary Italian Painting at his branch in New York. A solo exhibition of his at the beginning of 1938 takes place in this American venue, including paintings of the confinement. In 1939 he was forced by the racial laws to flee to France, from which he returned in 1941, settling in Florence. He has a leading role in the Action Party; arrested in the spring of 1943, he was released on July 26 of the same year. Publishes in 1945 Christ stopped in Eboli, written in Florence in the last years of the war and related to his experience of confinement; it is his most famous writing and translated into numerous languages. In June 1945 he moved to Rome. The exhibition activity resumes, with personal exhibitions in Italy and, in 1947, in New York, at the Wildenstein Gallery and with participation in the most important periodical reviews. The 1954 Venice Biennale organized its own personal room, with many paintings of Lucanian subjects. His artistic activity continued intense throughout the fifties and sixties, intertwined with his constant literary production and his presence on the political scene. In 1961, for the Lucania pavilion included in the Turin exhibition "Italia 61", he painted a panel with a Lucanian subject, over 18 meters long. In 1963 he was elected senator as an independent on the list of the Italian Communist Party; he joined the parliamentary commission for public education and fine arts. In 1973 he suffered from retinal detachment and underwent two surgeries. In a state of temporary blindness, he makes 140 drawings and writes, with the aid of a special frame, the work that will be published posthumously with the title Quaderno a cancelli. In 1974 a large anthological exhibition of his figurative production was organized at Palazzo Te in Mantua, a few months before the artist's death. Together with Guttuso and Cagli he has the task of creating a work that recalls the massacre of the Fosse Ardeatine; Cagli illustrates oppression, Guttuso the massacre, Levi the liberation, works later donated to the monumental complex of the Fosse Ardeatine. Between 7 and 10 December he made his last visit to Basilicata, presenting a folder of 7 lithographs inspired by Christ stopped in Eboli, published by the publisher Esposito of Turin. Hospitalized on 23 December 1974, he died in Rome on 4 January 1975 after a few days in a coma. He will be buried in Basilicata, in Aliano. 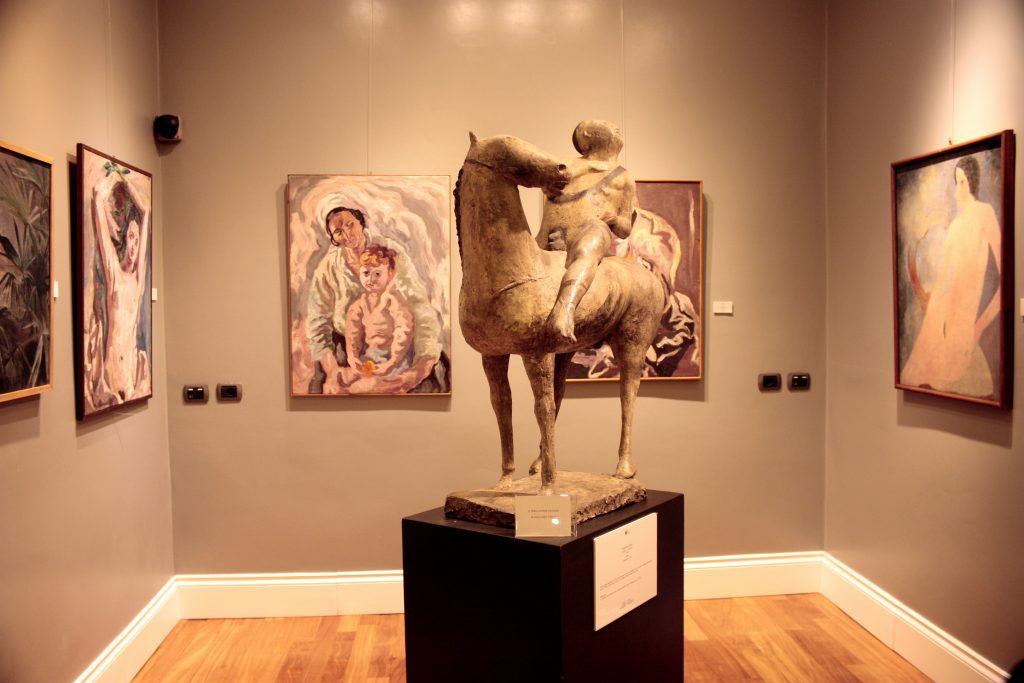 Carlo Levi. Reality and the mirror