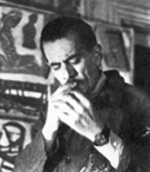 He was born in Sassari in 1885. He studied engineering in Rome but soon devoted himself to painting, attending the Free Nude School and the studio of Giacomo Balla, where he met Umberto Boccioni and Gino Severini. In 1905 he moved to Milan and participated for the first time with two works (Without light and Landscape) in an exhibition of the Amatori e Cultori Society: still mindful of divisionism in his works he already expresses a plastic and architectural vocation, not painting an image "divided" into lines, but a world of volumes that attract lines to itself. In 1906 he stayed in Paris, where Boccioni was also in that period, then in 1908 in Erfurt, Germany, where he too returned in 1910-1911, guest of the sculptor Tannenbaum. Starting from 1913, inspired by Boccioni's work, he approaches futurism, which he nevertheless interprets in the light of an incessant volumetric research. In 1915, at the outbreak of the war, he enlisted in the Volunteer Cyclists Battalion which included all the Futurists (Boccioni, Marinetti, Sant'Elia, Funi, Russolo and others). In July 1919, after returning from leave to Rome, he held his first solo show at the Casa d'Arte Bragaglia, where he presented works of metaphysical ancestry along with Futurist paintings. Moving to Milan, he begins to create the first urban landscapes, influenced by the reality of the city. The adhesion to fascism will be expressed, in the Thirties, in great works of ideological content. Working alongside the Regime made him become one of the main spokespersons in the pictorial field. He was one of the great founders, together with Margherita Sarfatti, of the Novecento movement, proposing the re-evaluation and deepening of the whole ancient Italian tradition from the fresco, to the mosaic, to the bas-relief. Since 1925 he joined the Steering Committee and exhibited at the group's national and international exhibitions (in 1926 in Milan at the First Mostra del Novecento Italiano, and in Paris at the Galerie Carminati; in 1927 in Geneva, Zurich, Amsterdam, The Hague; in 1929 in Milan at the II exhibition of the Italian twentieth century and at the exhibitions in Nice, Geneva, Berlin, Paris; in 1930 in Basel, Bern, Buenos Aires; in 1931 in Stockholm, Oslo, Helsinki). In those years he dedicated himself to the design of monuments (the FIAT Pavilions are memorable at the Milan Fair), and with absolute coherence he develops the same themes of his painting. Alongside painting, he also dedicated his entire career to the activity of illustrator. From 1927 he began writing as an art critic on the Popolo d'Italia. In 1931 he was invited with a personal room at the I Quadriennale in Rome, but, despite the support of Ojetti, he received no prizes: his painting, characterized by a nervousness of the figure and a violence of the brushstroke, disoriented most of the critics. . The fall of the regime in 1943, the collapse of civil and political illusions, together with the dramatic loss of his daughter (1948) influenced his painting from the second half of the 1940s: the powerful constructive energy is often replaced by a fragmentation of forms and a loosening of the compositional syntax. He continues to exhibit in Italy (Milan Triennale, 1951; Rome Quadrennial, 1955) and abroad (traveling exhibition in the United States, with Marino Marini, in 1953). In 1956 he was elected Academician of San Luca. He died in Milan in 1961. 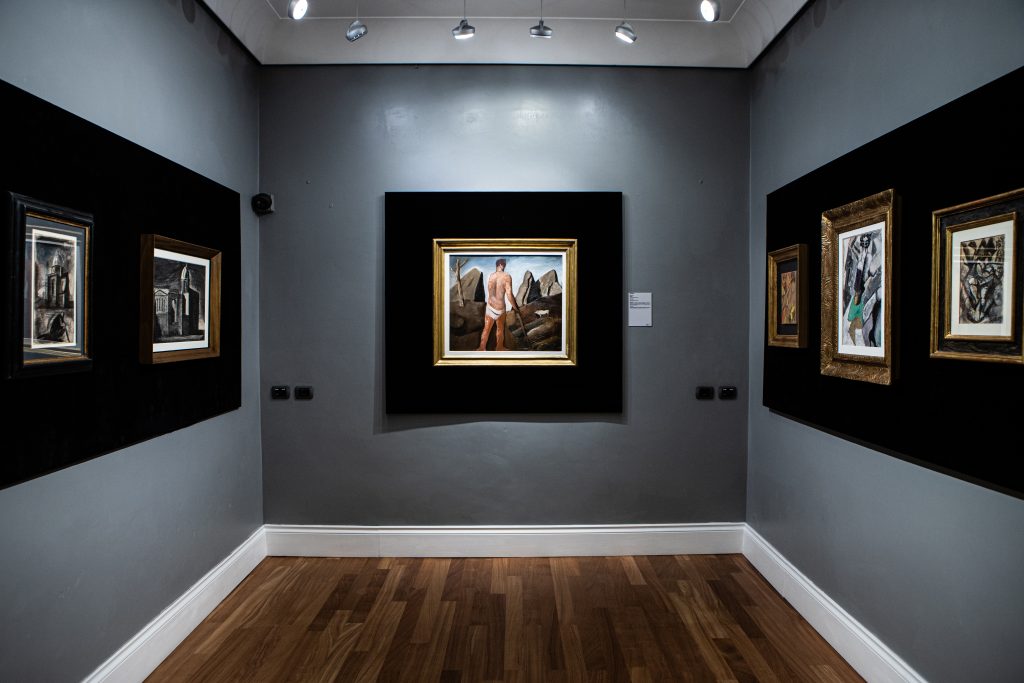 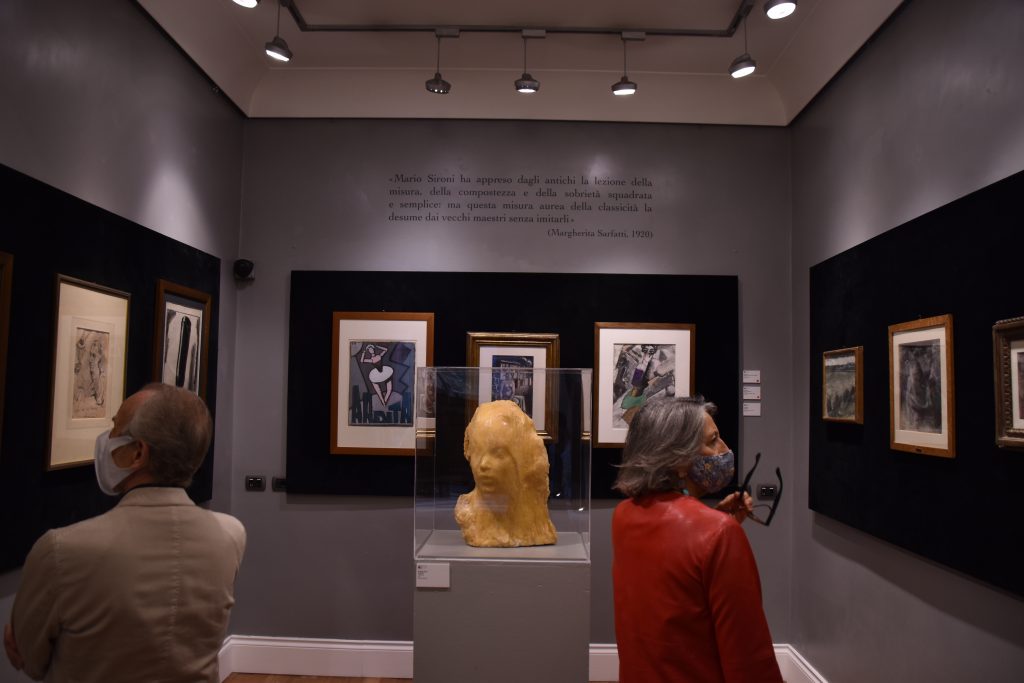 MARGHERITA SARFATTI AND ART IN ITALY BETWEEN THE TWO WARS 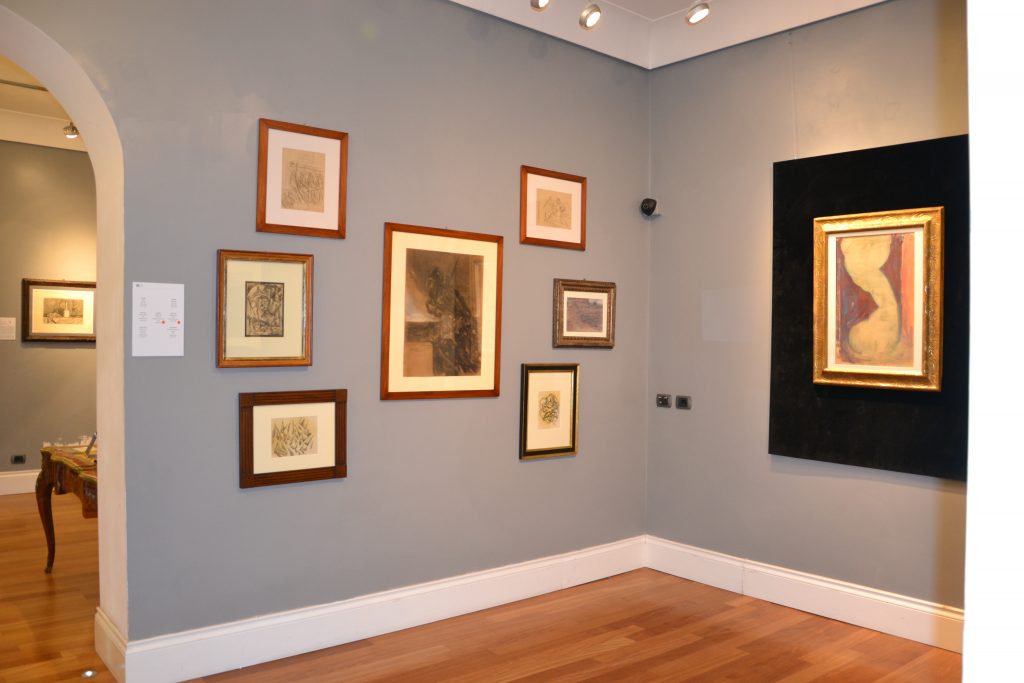 ITALIAN DRAWING OF THE TWENTIETH CENTURY 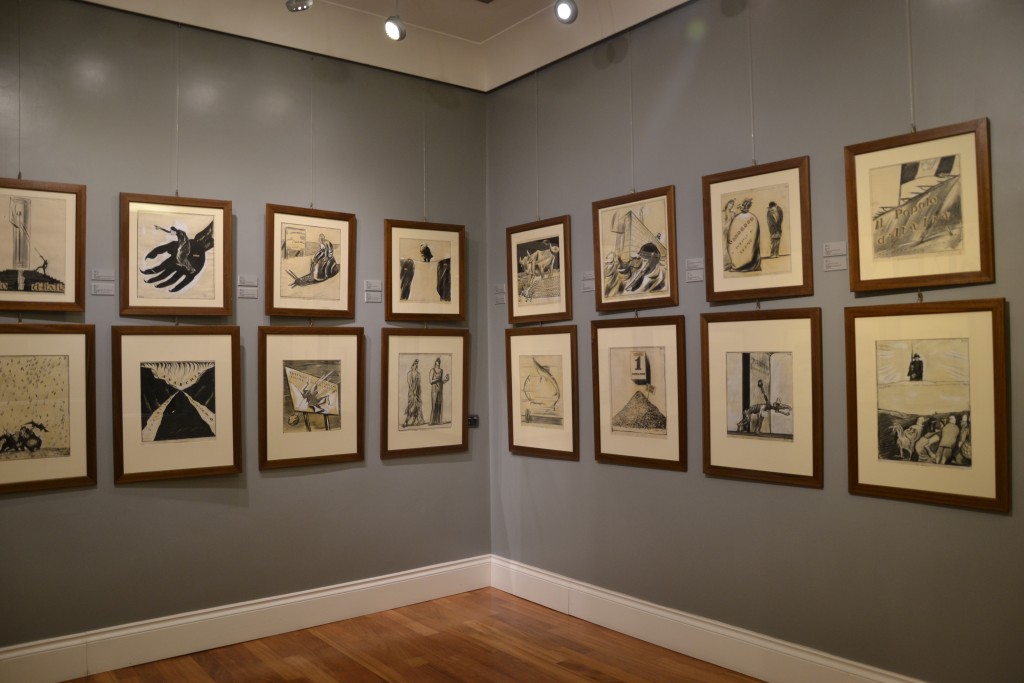 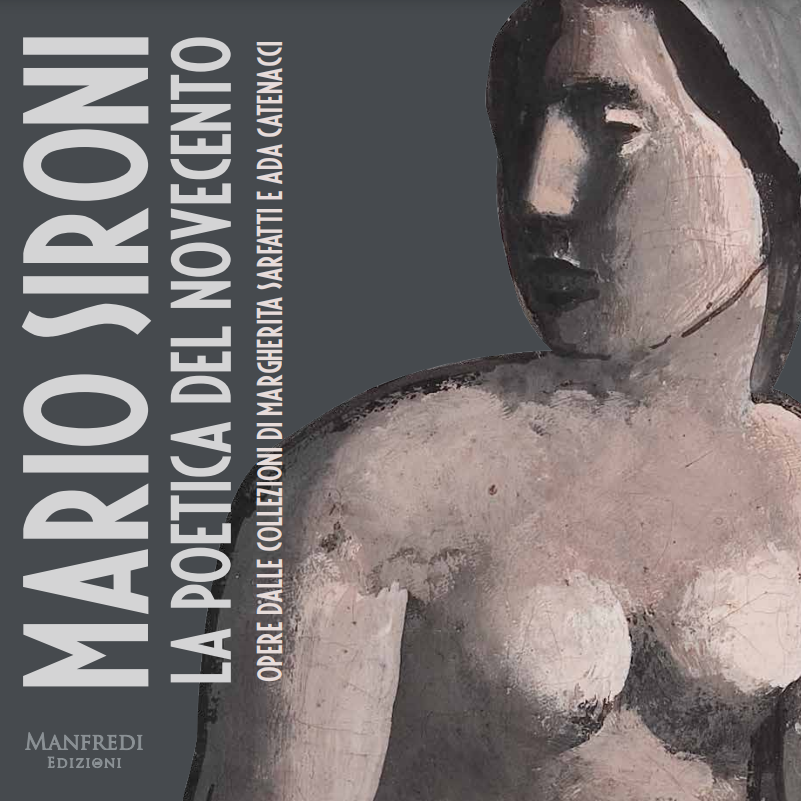 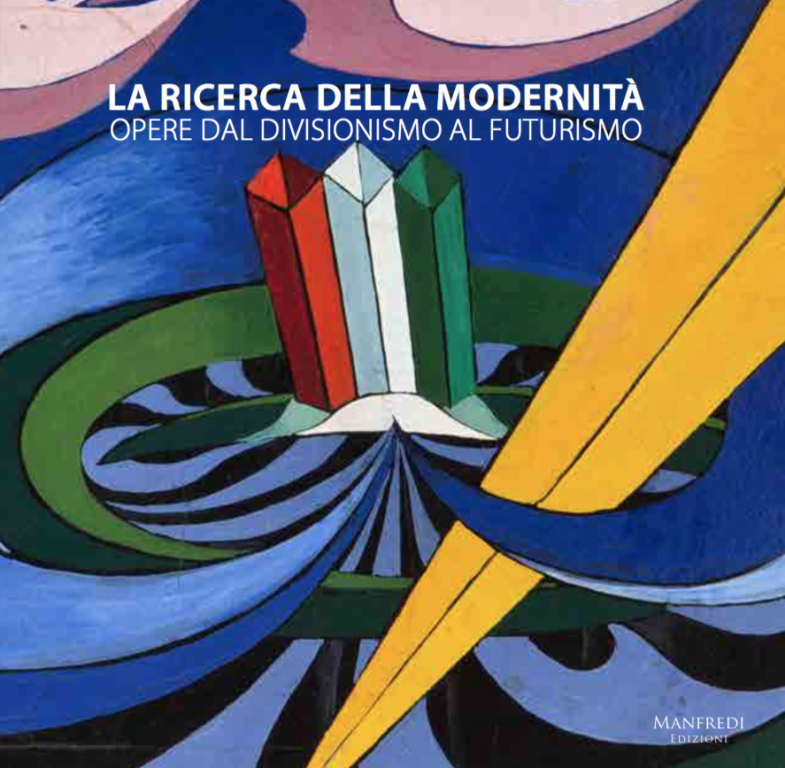 The Research of Modernity. Works from Divisionism to Futurism 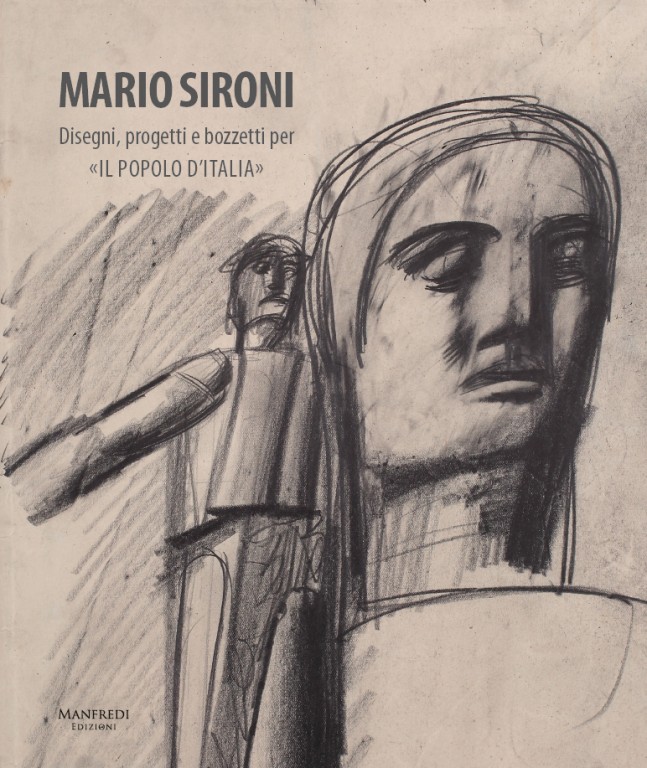 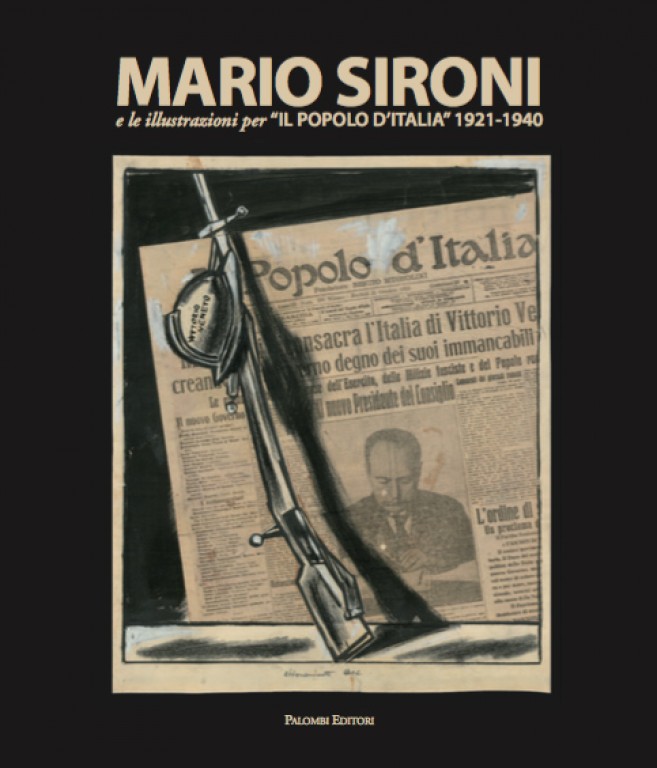 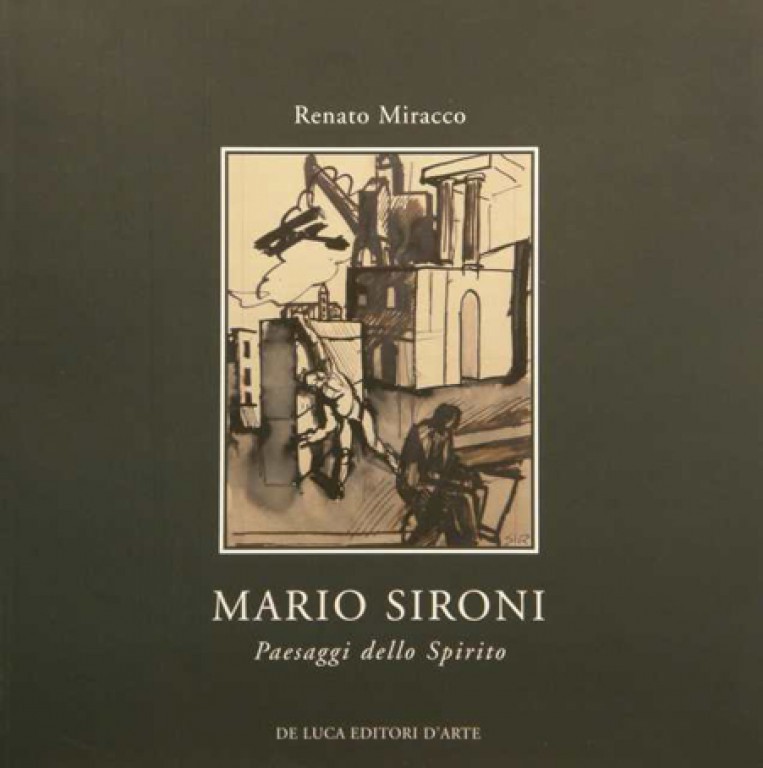 Mario Sironi. Landscapes of the Spirit 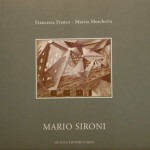 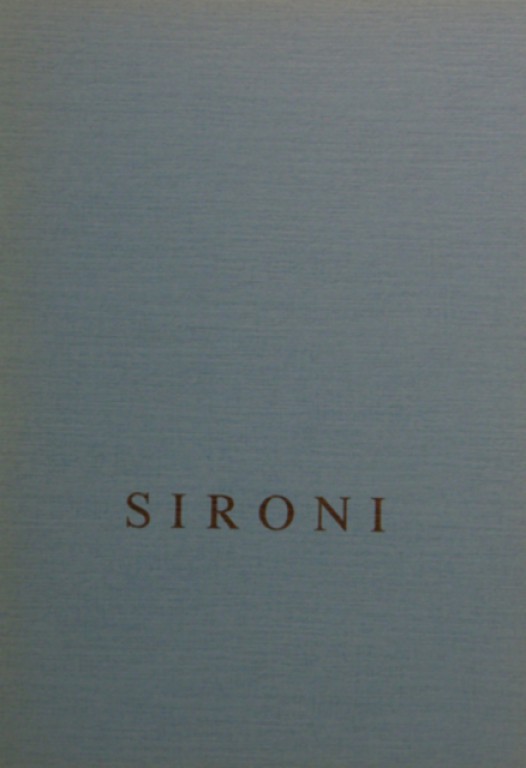